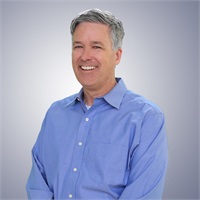 Robert McCardle, Jr. grew up in Columbia, SC since he was a small boy. He became serious about Golf at age 9 and went on to have a wonderful career in golf as a junior, an amateur and as a professional. Robert was a Clemson golfer and co-captain of the Clemson golf team. He loved every minute of it!

After playing golf professionally for a living, Robert raised hundreds of thousands of dollars for his instructional golf video company called SureSwing. He even patented an invention for the golf swing plane and then traveled to many countries to teach and speak about the golf swing. English and Japanese versions were available in golf stores and as customized corporate gifts.

Later Robert was introduced to Medicare and all of its Parts and Plans when he ran his father’s doctors office for 6 years (Dr. Robert McCardle is a long-time Chest Surgeon in Columbia, SC and a hero to his son Robert). Through the years of running his father’s doctors office, Robert learned about Medicare. He transitioned his love to help seniors into founding his own Senior Insurance business in January 2006. Robert currently holds Life and Health insurance licenses in SC, NC, GA, PA, MD, OH, TN, VA, and MS.

Connect with me on LinkedIn